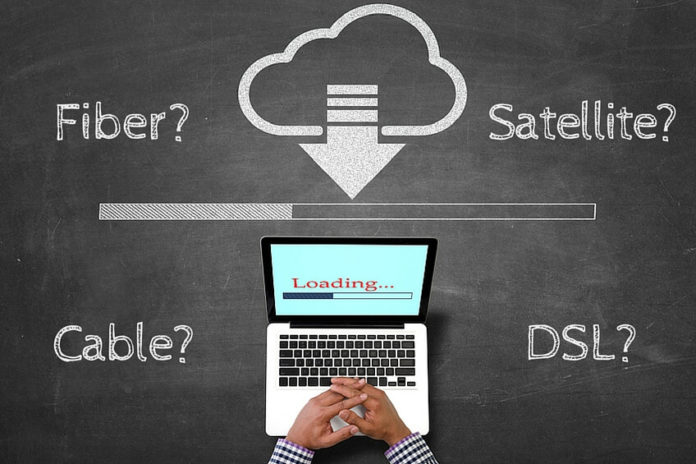 Internet is considered as one of the basic utility in this modern world. To have an internet connection on your devices, you must get an internet connection from your service providers. Now, there are many types of broadband connection available on the basis of connecting speed and cost. The onus is on you to access what’s the best for you and go through with it.

This is probably the most common method to access the internet. DSL stands for Digital Subscriber Line and it comes in two variants

Generally, the speed of the internet and operations performing on it depends upon the DSL technology used, condition of the line and service package selected. Range of the DSL service typically lies from 256 kb/second to 100 Mb/second. Browsing experience changes from rural to urban areas with the same facilities having a difference of 8 to 10 Mb/second. One advantage of this type of connection is the inconsistency of internet speed.

Wireless broadband uses an antenna to provide the user with an internet connection. The antenna is installed in the place where all the premises of the organization can get decent signal strength. This antenna provides the location with radio signals which are carriers for internet information. These antennas are basically mounted on rooftop inside or at higher places. Wireless broadband is used where either the wired connection is difficult to get such as villages, etc. or on college campuses.

Using the internet in remote places can be a headache but satellite broadband connection is one of the best if not the best to use in such a scenario. A place of business or research where any type of internet connection cannot be set up, satellite connection is used. This broadband connection requires line of sight to the satellite. Although it is not easy to have perfect conditions all the time as even the weather can play spoilsport. It is faster than those old dial-up connections but still slower than DSL and cable broadband.

Unless the area you are required to use the internet is not quite remote, then you should look to get the DSL broadband or cable broadband connection. If you looking for a higher speed, then the clear cut choice is fiber broadband. Wireless broadband is used by corporations and universities as they do not have that much appeal to entrepreneurs and houses. And the satellite connection is for remote places only, so its purpose in good connectivity area is null. SO, depending on the type of your nature of usage, speed required and money you are willing to spend, you can have anyone among the broadband connection mentioned.

Things to Avoid While Applying for an Equipment Loan

Digital Market: what is it and how does it work?