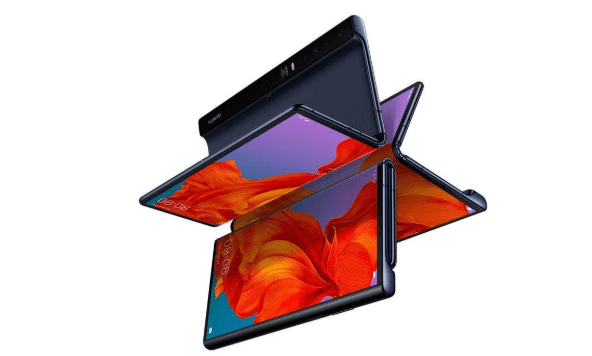 For some months now, the term “foldable” has been at the heart of the competition for new (and not only) new models of smartphones, with leading manufacturers worldwide pointing to the future with their first foldable handsets. Companies like Samsung and Huawei have already launched their own market offerings. The rollout of foldable smartphones is inextricably linked to the advent of new 5G communication networks that are changing the data we know to date and the use of mobile phones.

As we will see later in the article, the future is already here and it is extremely exciting!

Huawei’s long-awaited foldable smartphone finally reaches the shelves, launching its “journey” from the Chinese market. It is a very impressive device, both in terms of technical features and design. The Mate X’s screen is on the outside, essentially covering its front, back and back when folded.

Read more:  5 Wireless Accessories to buy for your Phone

The full screen of the Mate X is 8 inches. When it folds, its ‘main’ screen is 6.8 inches and the secondary 6.6 inches, with 2480 x 1148 and 2480 x 892 pixels respectively. This difference is due to a strip / bar on the body of the smartphone, where Huawei calls the Falcon Grip. There, the cameras and fingerprint reader of the device are “hosted”, and at the same time act as an activation key.

As with any premium smartphone, the Huawei Mate X also offers amazing photographic capabilities. Specifically, the cameras of the device have been developed in collaboration with Leica and are at 40 MP (wide-angle lens), 16 MP (super-wide-angle) and 8 MP (telephoto lens). One of the functions that even steal the show is to view the viewfinder on both screens when the device is folded, so that both the user and the subject have a full view of the download.

Inside the Mate X, we come across the powerful Kirin 980 processor with 5G connectivity support, making the smartphone a truly future-proof choice. It has 8 GB of RAM for comfortable multitasking, as well as 512 GB of storage. And as it is a demanding display device, it is equipped with a high-capacity 4380 mAh battery.

The device has been tested in a controlled environment and its durability has been certified to the IP53 standard for water and dust resistance in certain situations.

The Galaxy Fold is an impressive device, featuring cutting-edge materials and technologies. Users now have a powerful new tool to watch videos and perform multiple tasks like never before.

In particular, the Galaxy Fold uses a new screen technology called Infinity Flex. Its diagonal is 7.3 inches and allows the phone to be used as a foldable tablet to fit in a pocket. Its ‘basic’ screen has a resolution of 1536 x 2152, and when folded it uses a smaller 4.6-inch screen (720 x 1680 resolution) to function like a standard smartphone.

New display technology allows the user to fold and roll the device repeatedly without compromising screen quality. In addition, when the device is rolled out, the user will be able to use three applications simultaneously through a feature that Samsung calls Multi Active Window.

Impressive is the way in which the Samsung phone folds / unfolds, since the company has built a powerful modular system with many levels of interlocking / unblocking. This system is hidden on the back of the device and allows the Galaxy Fold to be converted – instantly – from a smartphone to a tablet and vice versa. Apps like WhatsApp, Microsoft Office and YouTube have been optimized for the new screen and functionality of the Galaxy Fold.

On the back there is also a triple camera system that is used in both tablet and phone mode, with one more camera at the front and two inside the device.

Read more: The Most Anticipated Camera Smartphones to Keep an Eye On

The 512GB Universal Flash Storage 3.0 (eUFS) internal memory is combined with a powerful 7nm eight-core processor and 12GB of RAM. On its own, the Samsung foldable phone uses two batteries on each side, totaling 4.380mAh.

Earlier this year we got a first taste of the foldable smartphone made by Xiaomi and rightly the company managed to steal the impressions. The folding smartphone of the Chinese company comes with a separate design divided into three parts. The device looks like a tablet when it is unfolded, and when folded both sides automatically turn into a smartphone (naturally adapting the interface).

The design, the folding mechanism and the MIUI have been developed by Xiaomi. In the video, the president and co-founder of Xiaomi shows us how smoothly the image changes from analyzing the tablet to that of the smartphone.

Motorola is preparing its own foldable smartphone and this is no different than the Motorola RaZr.

According to first reports, the company’s proposal will be a new version of the legendary Motorola RaZr with a folding screen. The company’s first foldable smartphone has appeared in various versions. However, it is expected to have a different design than the Galaxy Fold and Huawei Mate X in any case.

Read more: The Importance of Facebook Marketing for Small Business

Finally, it’s rumored that Motorola’s foldable smartphone will be released in December 2019.